When Mike and I head out for a roadtrip, we usually point the car southwest. This time, we drove due west to an extremely remote section of Utah called Nine Mile Canyon. In reality, this canyon is 46 miles long. It has been dubbed “the world’s longest art museum,” thanks to many panels of historic and prehistoric rock art (petroglyphs and pictographs). Click to see a map.

Here is the gem of Nine Mile Canyon: A petroglyph panel known as “The Great Hunt”

According to signage at the site: “Scholars believe this extraordinary panel may represent an actual hunting event. … Historians believe this panel depicts a scene in late November or early December when herds of bighorn sheep meet for the fall mating season. This is the only time of the year that rams, ewes, and lambs are all together in the same place. The large trapezoidal horned figure at the top of the [petroglyph] panel is an example of a classic Fremont [culture] rock art style … circa AD 950-1200.” 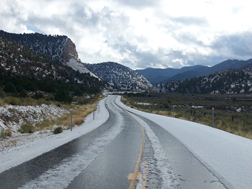 Although the weather in Colorado can be unpredictable, it seems like Utah takes the cake. 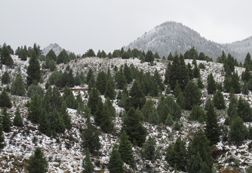 Note the variety of rock art styles and images including a horse and rider (wearing a headdress), which dates to historic times. Keep in mind that the Spanish brought horses to America, so this type of image helps to date certain petroglyph panels. Other images are undoubtably prehistoric.

All photos by Patrice Rhoades-Baum, except the shot of me exploring the cliff (on the hunt for more rock art), taken by Michael Baum. 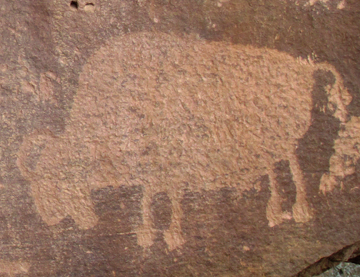 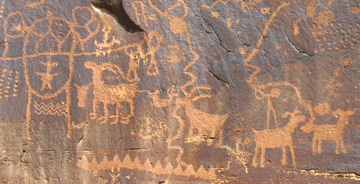 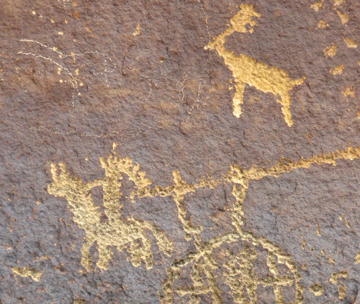 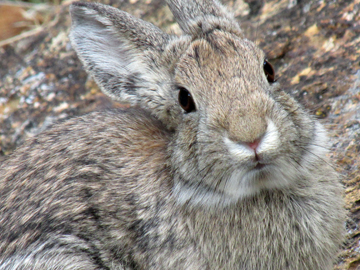 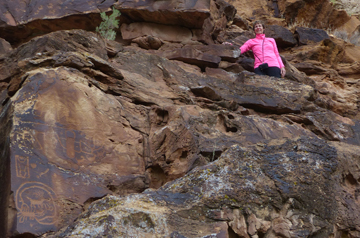